One day in early March, someone sent us a letter of commendation.

Her daughter is 8 years old. After the face was pinched, she was diagnosed as a skin avulsion on the left side of the face. The wound was about 3 by 4 square centimeters. The best solution is skin grafting, otherwise scars will be left. Parents cannot accept this reality. Zhang Xiaoying, the director of the Hyperbaric Oxygen Department knew about this, and she recommended hyperbaric oxygen therapy.Hyperbaric oxygen can promote the healing of skin wounds without leaving scars. It can also be started immediately. The parents agreed.

After debridement in the emergency department at 11 o’clock that night, the little girl received hyperbaric oxygen for 2 hours. During the treatment, she not only had no pain, she also watched a movie. What’s even more amazing was the fact that half of the little girl’s face, which looked like a big balloon, became flat. The next morning, there was a patient treated in the same cabin with a fracture for three months after the second operation. The incision and fracture could not heal after the fracture. He did not get better until he was treated with hyperbaric oxygen. The current treatment is one month. , The skin and bones have grown well, and he will be discharged from the hospital immediately. 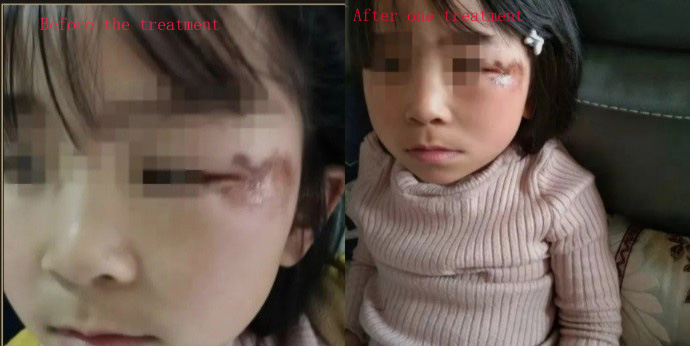 Facial soft tissue trauma is a relatively common disease in the clinic, and most need emergency treatment. Due to loose facial tissues and rich blood circulation, it is easy to cause swelling and deformation after trauma, eyelid ectropion, increased secretions, and contamination of the wound. Improper treatment can lead to infection even disfigurement. Conventional treatments are often accompanied by wound pain, local swelling, infection, circulatory disturbances, and have serious adverse effects on the survival rate of tissues. In terms of treatment, we add hyperbaric oxygen therapy on the basis of dressing change, in order to achieve the purpose of simple application, reliable curative effect, and less sequelae.

Why does hyperbaric oxygen have a peculiar effect on soft tissue damage?

Hyperbaric oxygen is a new type of treatment for skin damage. Inhalation of pure oxygen under high pressure can speed up the body’s metabolism and increase cell viability. The effect is accurate, the treatment course is significantly shortened, and there is no or little scar formation and pigmentation on the wound after treatment. At present, our hospital has combined hyperbaric oxygen and trauma center to solve skin wounds, so that wound healing is no longer a problem.

Prev : What Is HBOT Therapy?