Portable hyperbaric chambers for HBOT Use 2020

Hyperbaric Chambers for portable use

Hyperbaric chambers have become really popular among social media for the astounding technology that has been brought to the table. They have an aesthetic which looks like something you would see in a work of science fiction which catches a lot of peoples attention to the service. The methods it uses are unconventional and your body will likely be experiencing feeling like that for the first time. Naturally, the body does certain things when it’s met with that kind of energy. Even if you don’t intend to use it for practical reasons, the experience itself is definitely worth looking into. 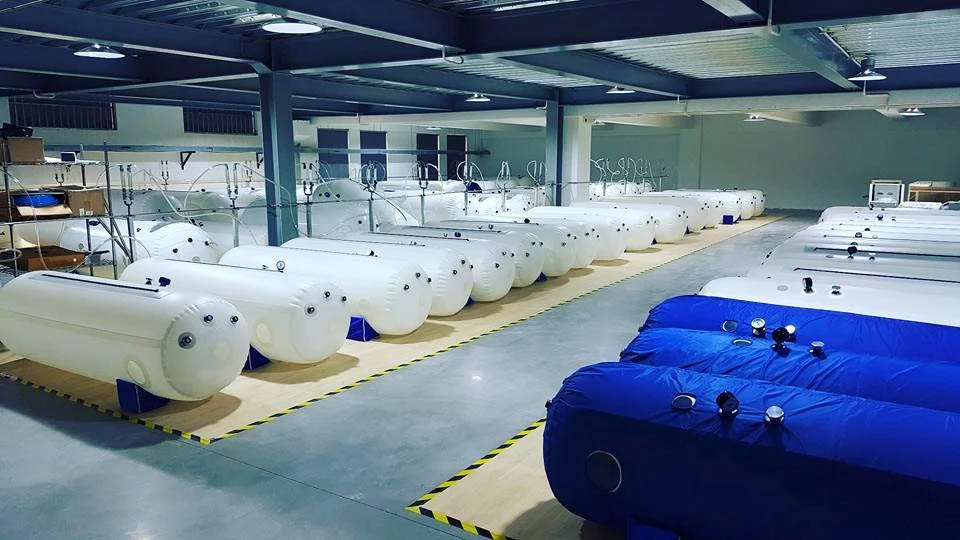 For people that go to the gym, lifting heavy weights is very common. Whether its the bench press, dead lift or squatting, lifters need progressive overload to put on muscle mass and make them stronger. However, when you do enough reps to failure, you make those muscles sore and really hard to move for the next few days. This is called recovery and you can do things to speed it up like using a Hyperbanic chamber. There are centers that you can go to use them, but if you are in an athletic profession and constantly work out, this is something worth giving a try.

You may also use this if you’re becoming a model. Modeling is an extremely intensive profession that requires constant attention to your health. One of the most important things for your skin is just getting in the vegetables that are necessary so that you have clear skin. However, if you want to take things to the next level, using portable hyperbaric chambers may be one of the options you need to see the results you want. This is a method that most supermodels would have access to, so it’s worth giving a try if you happen to be in that business.

The other reasons why you would be interested in using one of these machines are much smaller, but could important to someone out there. The increase in blood flow is going to allow you to send more of that to your brain. In theory, this would mean that you would have faster reactions and pay more attention to whatever it is that you’re doing. This increase in mental awareness is something that a lot of people want to gain through diet and a healthy amount of sleep, but this can improve it as well.

The ST801 is one of the more common models that you are going to see on the market. Almost anyone is going to be able to fit in there, even the taller, athletic kind of people. There is a lot of room for you to wiggle your body parts as you sit in their for hours. For the machine to work, space is necessary so it can circulate the oxygen in your body. There are different settings and as you get used to it, you can decide what you want to choose the more you get used to the machine.

The build quality is also quite impressive. There are 3 zippers to make sure that no oxygen leaves the space as you are in it. The emergency valve was also created with the purpose of getting you out in case the zippers get stuck and you need to shut the air off. When you use one of these machines in an office, you need to have someone monitor you at all times for assistance. When you’re at your own home, you can usually set most of the settings so you can use it yourself. It’s a great product for beginners.

The ST901 is a bit different from the previous model, but still has a lot of nice inclusions for people who want a great chamber to rest in. It has a really comfortable mattress that is at least comparable to what you currently sleep on. This also has an emergency valve for when you need to stop the machine and other methods aren’t working. It has a bamboo cover, which isn’t that much more practical than other materials, but is a nice touch because it’s an expensive product. It comes in a navy and red color scheme.

The pressure is increased to three times the normal air pressure, which is definitely going to take some time to get used to. On the machine itself, there are readings so that you can record data for athletes. The average person isn’t going to get anything out of those numbers, but it is nice for the people who are experienced in the use on these kinds of machines. The portable hyperbaric chambers use an oil free compressor with 6 filters which is going to need cleaning from time to time. It’s a great product, especially for those who feel like they may need more room.

The ST1700 allows you sit in the comfortable material while using it. A lot of people like to have a morning ritual when they get up and this allows you to do things while in the portable hyperbaric chamberws. Some people meditate so they can cleanse their mind of bothersome thoughts. It’s really hard to do, but it’s going to be a lot easier when you are able to speed up your blood flow in this chamber. Being in here is probably going to increase your attention span to certain activities that you have on your bucket list.

If you’ve always wanted to read a book but never got the time to do it, this is a great excuse to get that out of the way. Your sessions inside the portable hyperbaric chambers are going to take a few hours, so you may as well get that done in there. The increase in oxygen flow is going to make you more attentive and likely allow you to read faster in a shorter period of time. If doesn’t have to be that, it could be crossword puzzles or playing portable videos games. The choice is yours when you buy one of these machines that allow you to sit.

Next : Hyperbaric Oxygen Chamber Therapy of The importance